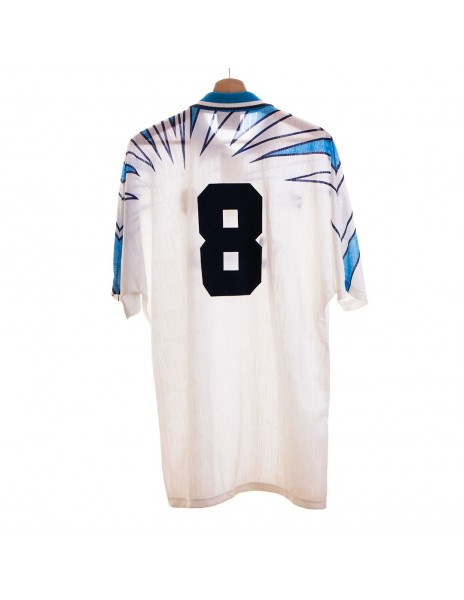 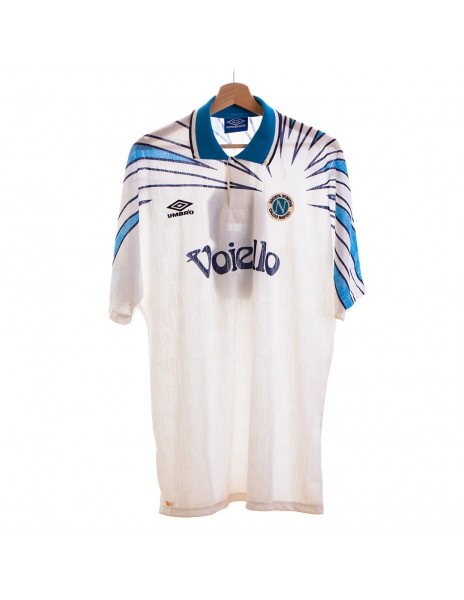 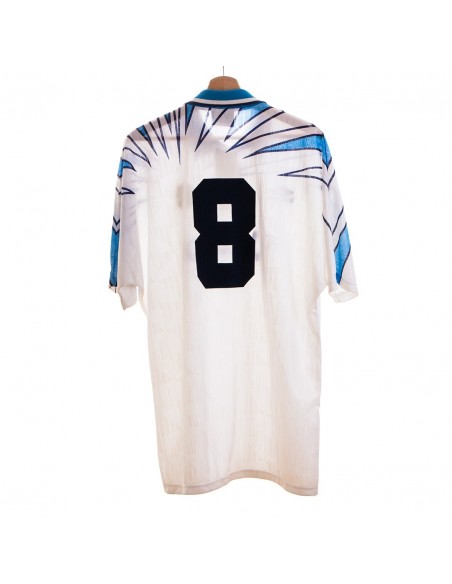 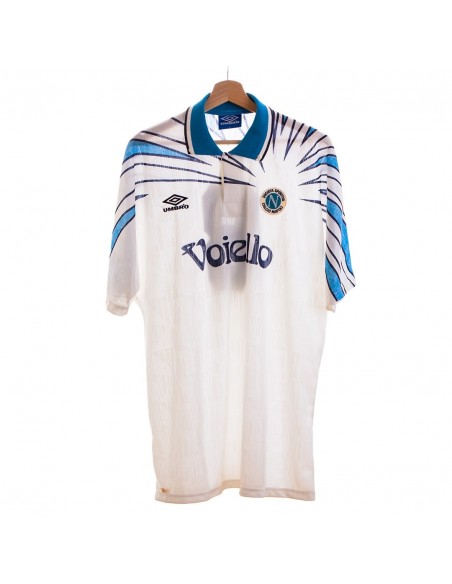 Ssc Napoli Away shirt from Umbro long sleeve model of the 1993-1994 season. Umbro logo embroidered in white on the right, SSC Napoli emblem embroidered on the heart side and Voiello commercial sponsor in the weft.

The white shirt features the number 8 applied on the back.

Sports season 1993-1994 that sees Napoli led by Marcello Lippi play a season and win the qualification for the Uefa Cup. The championship ends with a sixth place and Uefa qualification.

It may also interest you 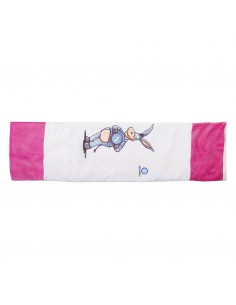 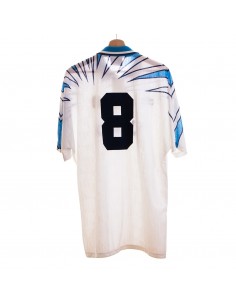 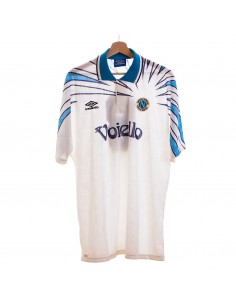 Save products on your wishlist to buy them later or share with your friends.